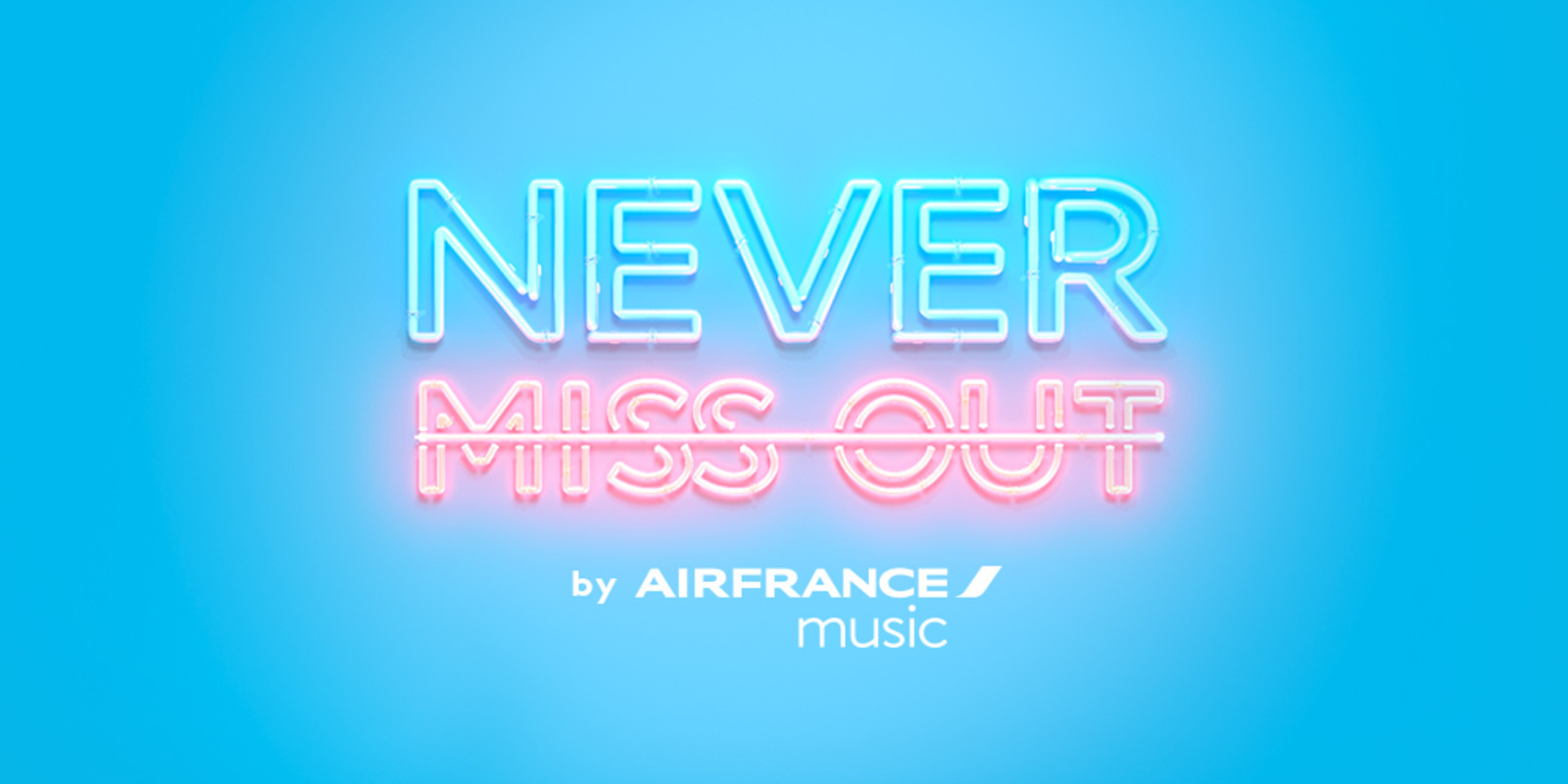 “Never Miss Out”, the new digital service to see your favourite artist anywhere in the world

Air France Music is launching "Never Miss Out", available at music.airfrance.com and developed jointly with General Pop, BETC's cultural event production entity. Is the concert by your favourite performer sold out? "Never Miss Out" allows you to find new concert dates and book tickets to go, from a selection of nearly 300 artists listed. A world exclusive for an airline.

This new service responds to a strong trend in the music market. According to a study conducted by the YouGov France* research institute, more than three-quarters of French people are prepared to travel to see a concert by their favourite artist. More than a quarter of them would be willing to travel abroad to see the concert.

To celebrate the launch of "Never Miss Out", Air France Music teamed up with maestro Chilly Gonzales. As his concerts in Paris on September 22, 24, 25 and 26 were already sold out, Air France Music is offered fans to fly off to his concert on October 26 in Montreal, the artist's home town. To try to win two concert tickets, two Paris-Montreal plane tickets and two nights in a hotel, they played to music.airfrance.com from September 21 to October 5, 2018.

Offering its latest trendy musical selection on board its flights, Air France also invites you to discover its playlists in streaming before or after your trip on music.airfrance.com. With artists such as Chilly Gonzales, Sébastien Tellier, Phoenix, Keren Ann and Charlotte Gainsbourg, Air France Music chooses playlists that are an invitation to dream and relax. The website also offers exclusive interviews and podcasts for download.

Author of the Solo Piano trilogy, Canadian Grammy Award winning pianist Chilly Gonzales also holds the Guinness World Record for the longest piano solo concert (over 27 hours). He is well known for his highly personal approach to the piano as well as for his sense of showmanship and his work with internationally renowned artists.

* Study carried out by the YouGov France research institute from September 7 to 10, 2018 and based on 1,004 French people living in large urban areas, aged over 18.

Since 1999, music has been an integral part of the Air France brand’s DNA. By offering relaxing and captivating playlists on board its flights, or by choosing revolutionary artists and tracks for its ads (Chemical Brothers, As We Fall, Glass Candy, Rone), music has gradually become an essential part of the brand universe, and almost 20 years later, it is almost inseparable. A feature that was concretized in 2010 with the creation of the Air France Music label, in collaboration with BETC Digital and General Pop, BETC's cultural event production entity. Go to music.airfrance.com to discover the Air France Music universe.